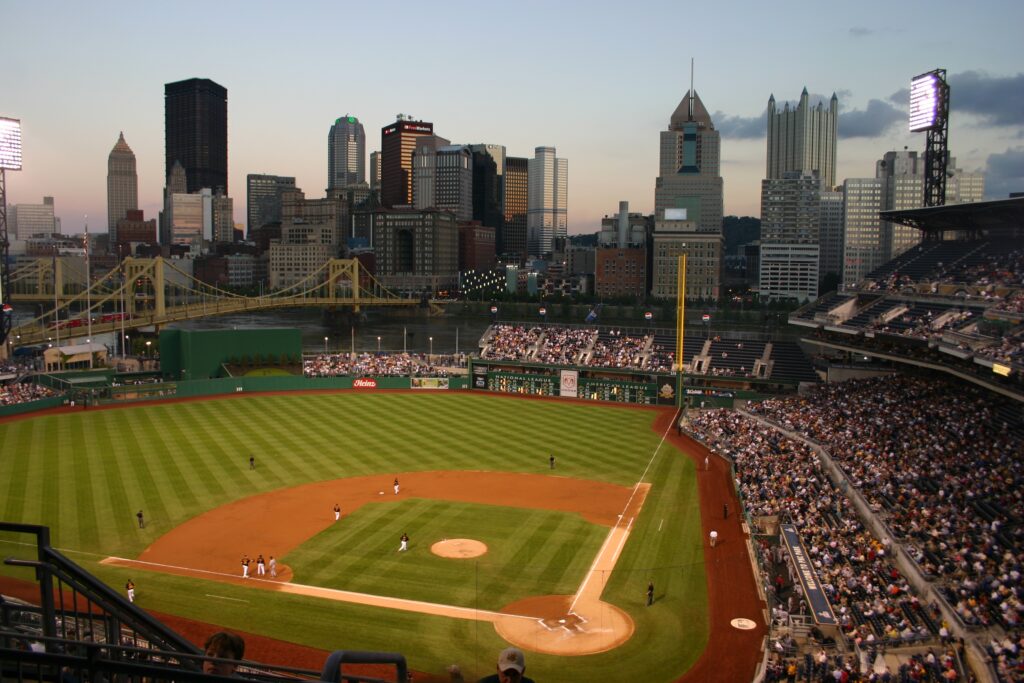 One of my favorite things about PNC Park is the story about what’s not there. We took great pains to preserve views across the Allegheny River to downtown Pittsburgh, but late in the design process, our engineers wanted to put a couple of the “toothbrush” lighting standards right in center field to get the even light levels that broadcasting requires. After a fairly intense negotiation with the engineers, we moved those two light standards out of center field: one to the right edge of the scoreboard, and one to the last bay of the right field seats. We had to add a few lights to get the levels desired, but it was well worth the effort, because the view of the skyline is greatly enhanced by the absence of those two light towers. 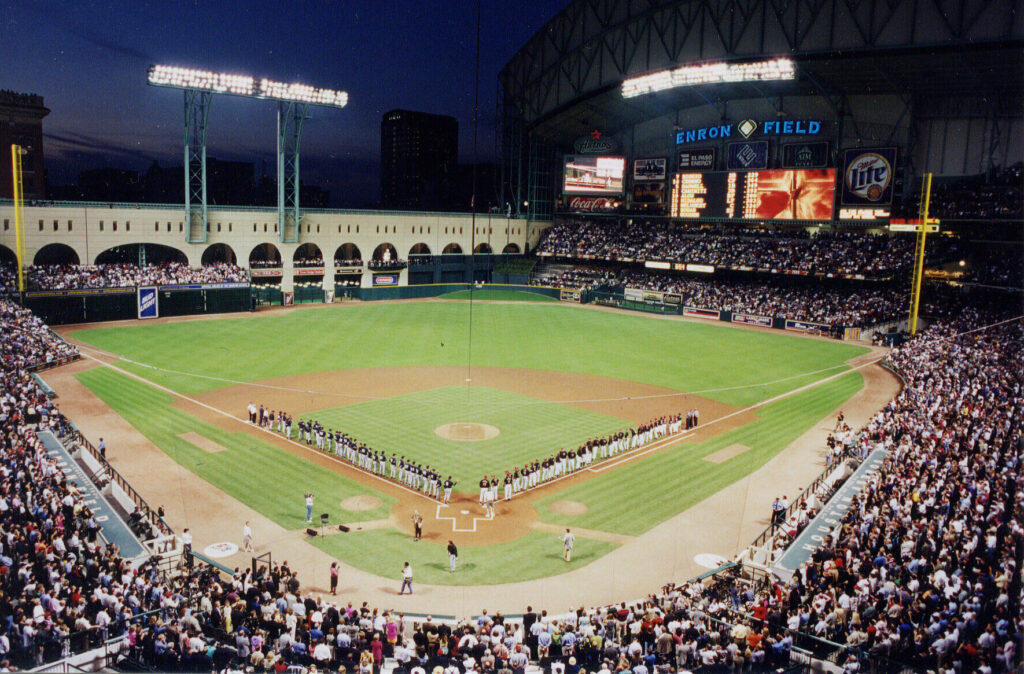 Tal’s Hill in center field is no more, having been removed before the 2019 season, but many people don’t know how Tal’s Hill got there in the first place. Before I ever started designing the Ballpark at Union Station (as the project was called before naming rights had been sold), I did a presentation to the Astros on design precedents, citing Houston’s architectural history, the romance of railroads (the “Union Station” part), and the romance of baseball. In the latter section, I made the point that baseball has quirky outfields, some of which even had slopes, at which point Tal Smith, then president of the baseball club, emphatically agreed, pointing out that Crosley Field (home of the Cincinnati Reds from 1912 to 1970) had a prominent slope in left field. We located our slope in dead center field, beyond the warning track, and even placed the U.S. flagpole on the s lope, in play, another feature of many vintage ballparks. Alas, all that was eliminated in 2019. 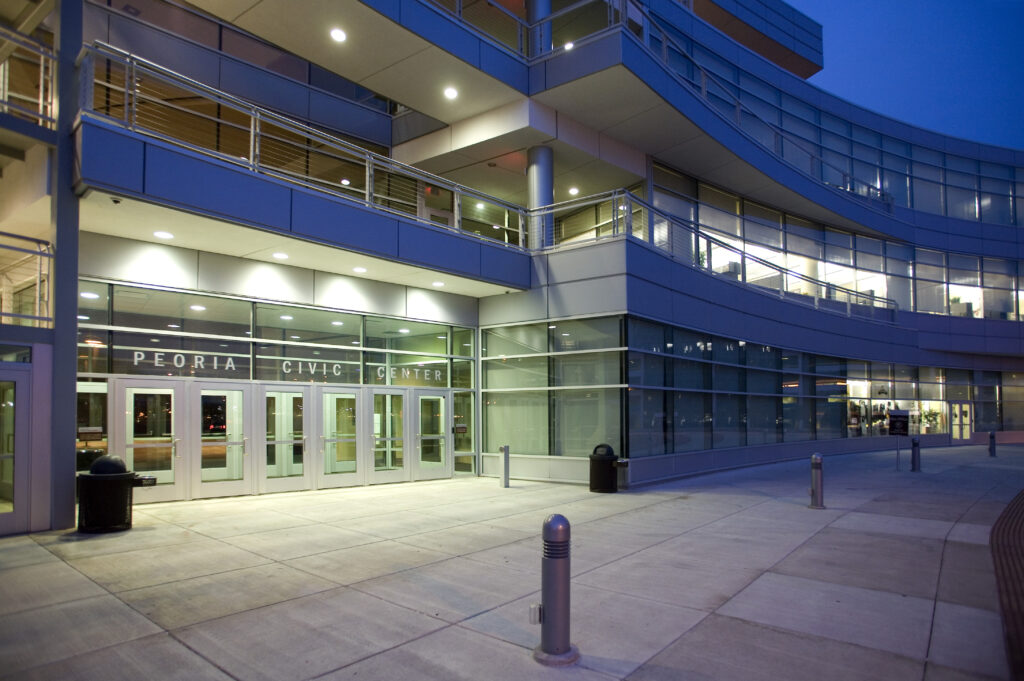 The Peoria Civic Center Revitalization is a story of how to expand an existing center while continuing operations throughout construction. The Civic Center was and is the primary gathering space in Peoria, and could not be shut down for expansion. Working closely with the construction manager, our team envisioned an expansion that could be accomplished while the building remained open. We were even able to relocate the central mechanical plant from the basement to the roof of the expansion during a September week when the need for heating and cooling was minimal. The expanded facility greatly improved the function and appearance of the center, without missing a single previously scheduled event. 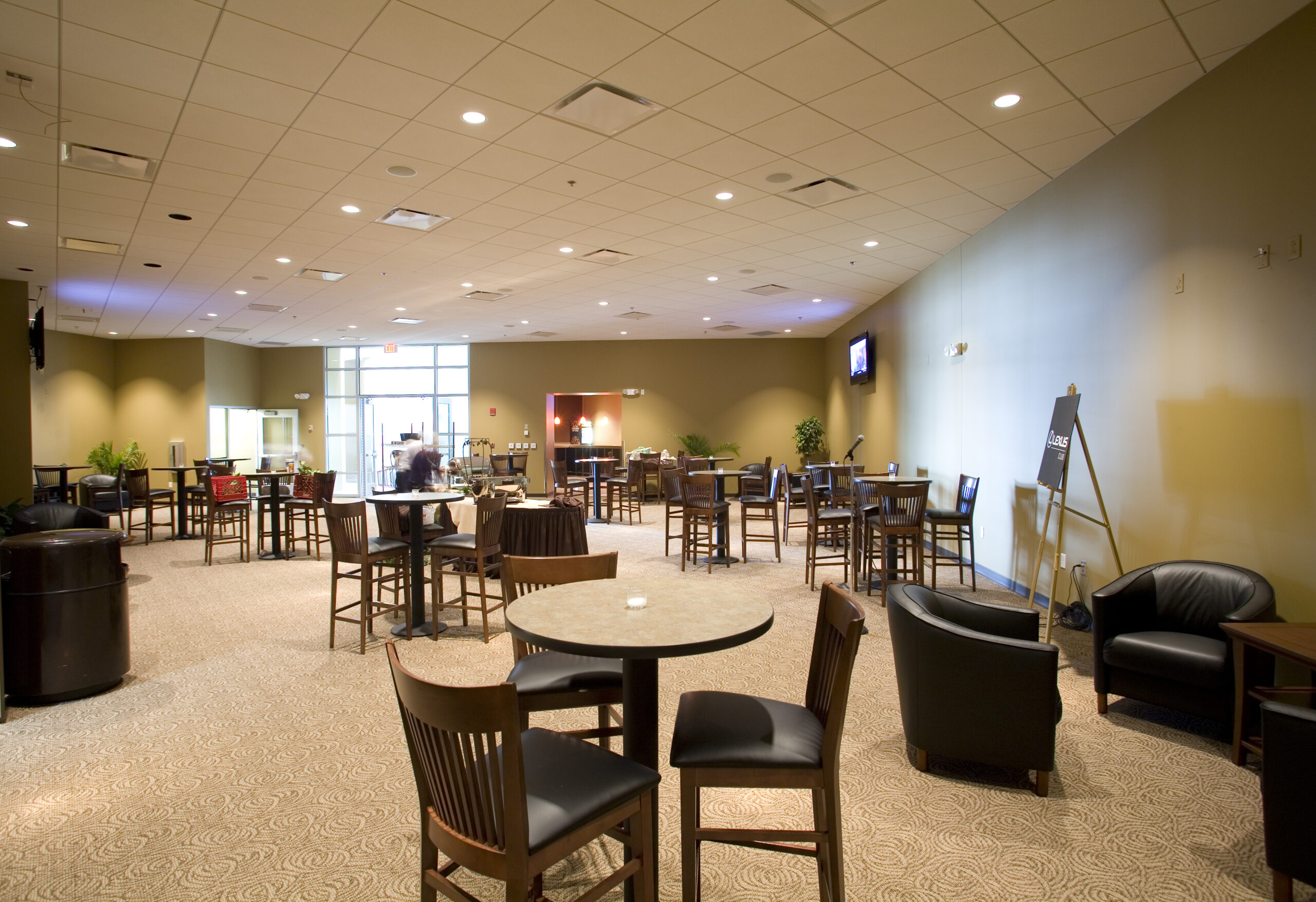 In the process of renovating the Peoria Civic Center, our exploration of the building took us to an unoccupied attic space above what was then the administrative offices. This attic had no floor, so we had to walk on beams, but even with flashlights we could see that it was a huge unobstructed volume with a high ceiling. We converted this unused volume into the Lexus Lounge, a premium gathering space that created new rental and revenue opportunities for the building, and that also served as an entry to four new suites we created under the seats of Carver Arena. These mid-bowl suites are at a prime viewing location, and don’t disrupt sightlines for spectators above or below. The Peoria Civic Center found hidden gems within the existing volume of the building in addition to the great spaces that were added in the renovation. 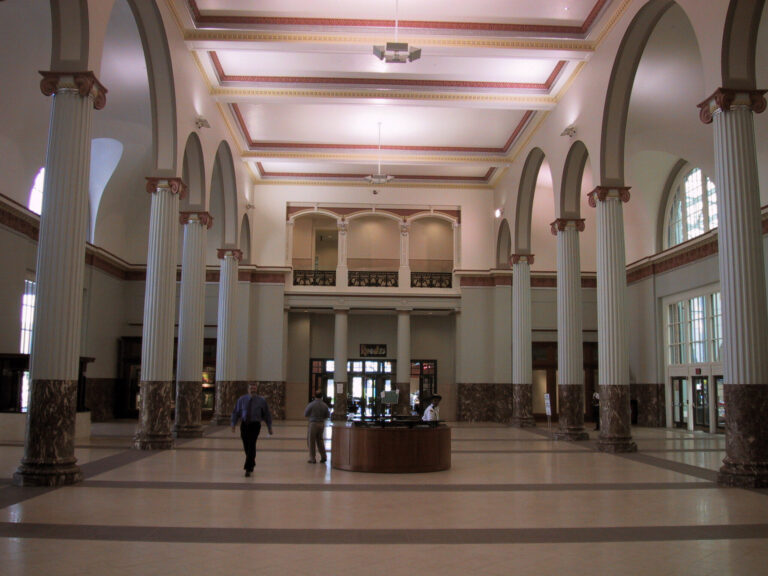 At Minute Maid Park in Houston, the ballpark was designed as an addition to Houston’s historic Union Station, which saw its last passenger in 1972. This National Register building had been converted to offices for the railway that owned it, and the conversion had added dropped ceilings in most of the office areas. We were unprepared, however, for the sight that greeted us when we popped a ceiling tile out of the first floor offices: the ceiling was 4o feet up, with marble columns and Romanesque arches! We had found the original lobby ceiling, basically untouched, concealed by acoustical tile that was hung 10 feet above the floor, but 30 feet below the original ceiling! 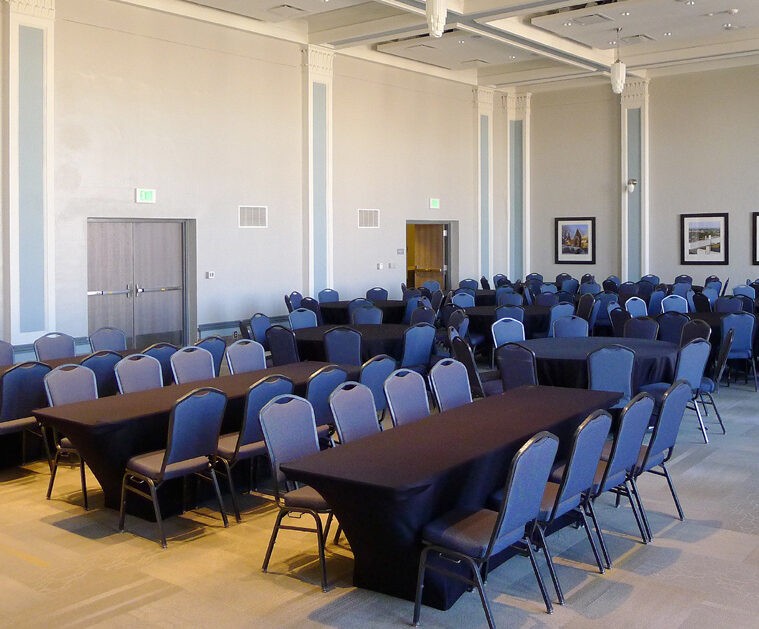 At Stride Bank Center in Enid, Oklahoma, part of the project of creating a new convention facility involved renovation of Convention Hall, which was really a small arena built in 1921. The north end of Convention Hall had four levels of what were formerly city offices until the building was closed due to accessibility issues. In the process of renovating Convention Hall, we discovered that the second floor offices had a dropped ceiling that concealed a beautiful small ballroom, with views out large windows to the courthouse square. Our renovation restored the ballroom, adding some operable partitions so it could be subdivided into three meeting rooms. The renovation also created a new ballroom in what had been the arena, so Convention Hall now had two ballrooms of different sizes